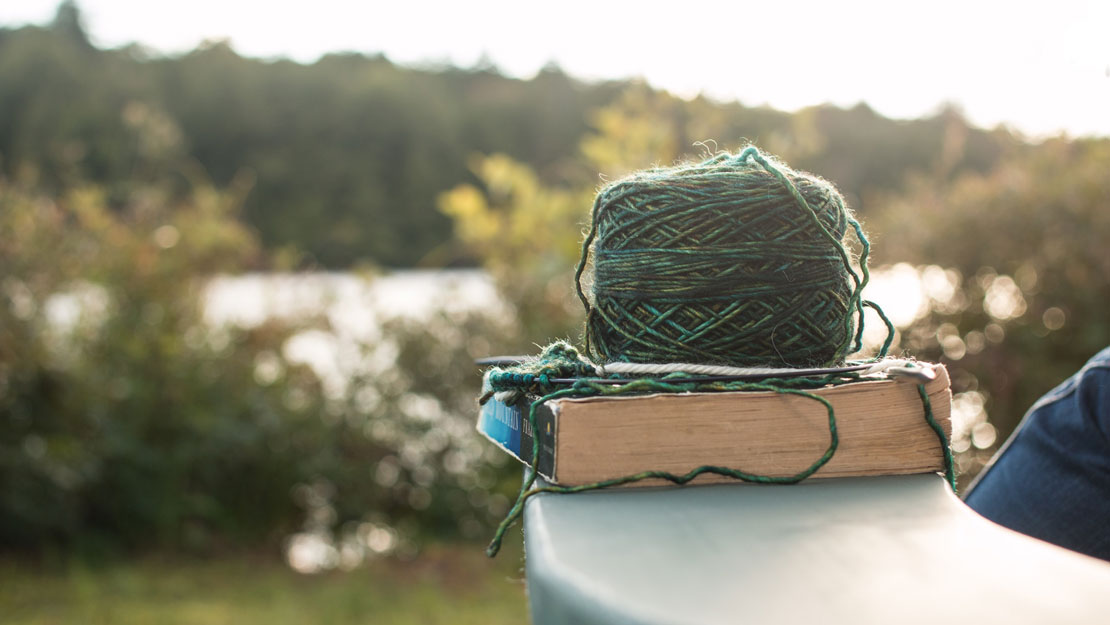 Knitting’s not quite as fashionable as it was about 5 years ago, but I really, really love knitting, and I am woefully unfashionable anyway.  It’s cost me quite a bit.  Financially yes it’s expensive and I don’t sell massive quantities, but also after an A&E visit last month my husband’s had enough of standing on needles and inadvertently trailing yarn.  Actually my entire family are all annoyed with me blatantly ignoring them in favour of knitting.  My daughter used to cry when I got my needles out, she could sense the ensuing neglect.  My house looks like a psychedelic spider’s nest of yarn.  There are balls everywhere:  on the floor, in the bed, sandwiched between other craft paraphernalia.  Despite all this, and with fairly hard-core RSI, I’m still knitting.

My favourite is absolutely massive knitting with size 25 + needles that look like vampire stakes.  Textile artist Rachel John does some beautiful wooden ones:  http://www.megaknitz.com/

Big knitting has many advantages, its super quick to knit up something massive and not so heart-breaking when you mess up and have to undo it all.  This means you can design your own patterns as you go along and you can tell pretty soon if they’re going to work out.  You can think really big with extreme knitting; I’m making a large herringbone rug at the moment and have made three poufs in the last month or so.  It’s also a wonderfully portable craft.  In my last year at the London College of Fashion my entire collection was extreme multi strand knitted, which made the 5 hour round trip from Kent so much more productive, plus carried the advantage that no one wants to sit next to some crazy craft lady wielding two immense sharpened poles.

Even with the increased speed of extreme knitting you could hardly say it’s a quick craft, but to me that’s where the real joy lies.  Creating something that you’ve spent so many hours making and that only you own gives you such a relationship with the piece, and is opposite to everything I hate about disposable, cheap products. Bit by bit I’m knitting round pretty much everything I own; my own padded cell of creation.